We are happy to announce we were elected one of the best software testing companies by the CIO Review Magazine, a leading print and digital technology magazine at the forefront of guiding enterprises through the continuously varying business environment with information about the solutions and services. 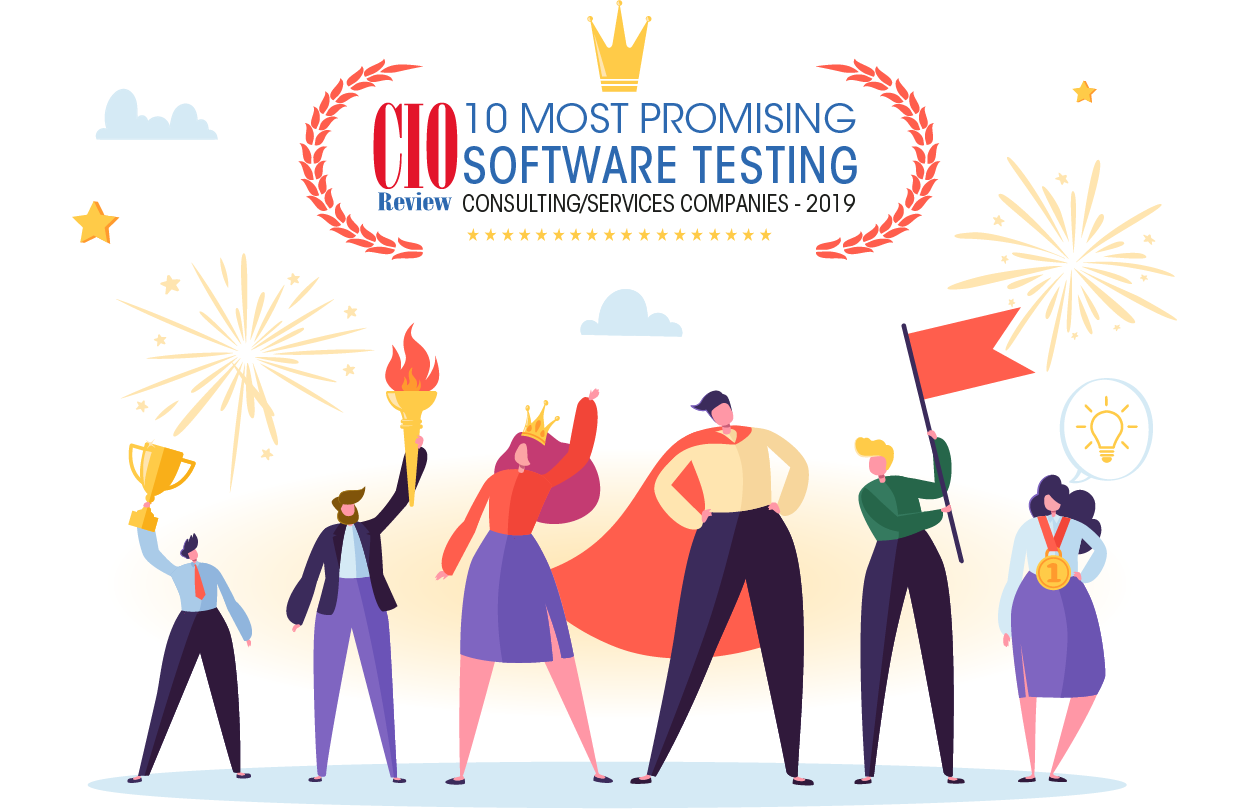 QA and software testing is an integral part of any software development lifecycle. However, outsourcing these processes to offshore teams can lead to substantial “detachments,” not just at an operational level but also in terms of the developers’ vision regarding their products. The low-cost talent charm of offshore outsourcing comes at the cost of huge differences at technical, cultural, and time-zone levels.

“These differences have a marked impact on the ability of many offshore teams to fully understand the nuances of a project and execute it effectively,” mentions Alex Dillon, CEO, and founder of New Jersey-based TechAID. For example, owing to the time difference, achieving a faster turnaround means shelling out more money for supposed “overtime.” Not to mention the time and effort spent by the client to effectively communicate their ideas with the offshore teams.

In a tech-savvy and digital era where software (and its updates) rollouts should be in sync with rapidly evolving customer demands and technology trends (both at the enterprise and consumer level), the traditional approach toward offshore QA and testing outsourcing needs to be upgraded. Various functional software development units, including QA and testing, should work more closely, hand-in-hand.

The level of flexibility and promptness of this model is unprecedented in the outsourced, offshore QA, and software testing arena. “We specialize in testing, but our value is in the holistic transformation and integration process. We look to integrate directly with the client, which differentiates our consultancy. We aim to blend into their culture and processes and become part of them,” adds Alex Dillon.

In an implementation highlight, TechAID was able to help one of its Latin American clients stay on the right path to success. The client had witnessed an astonishing growth rate with a good product and business model within a short span. This blistering growth pace deprived them of the opportunity to learn and mature in their processes, and the QA team took a backseat.

Why TechAID is one of the Best Software Testing Companies in the US?

TechAID’s consultancy helped the client to identify and fix bottlenecks in their timelines and processes. TechAID’s team of test specialists introduced automation, reduced bugs, and involved the internal staff, which ultimately resulted in the growth of the QA team. “More so, this brought about a culture change within the organization. We educated them that every member in the organization is responsible for the quality, not just the QA department,” adds Alex Dillon.

From a talent perspective, TechAID’s motto is to recruit the best-of-the-best via a carefully crafted hiring process that helps them identify whether the candidate is capable enough to adapt to the varied work cultures of the company’s clientele. The selected candidates often have years of expertise, ready to take leadership roles.

In parallel, TechAID has comprehensive, hands-on mentorship programs that enable Latin America’s talent pool to be experts in the field. In many ways, TechAID has carved a niche for the growth of software development and testing in the region.

Looking ahead, TechAID plans to extend its market in terms of security testing. The company will continue identifying new technologies that can bring significant advancements to diverse business verticals. TechAID will also work on technologies to further streamline the integration across teams in the distributed team model as part of its innovation strategy.

“Distributed teams are the future, and with the help of technology, our goal is to bridge the gap of culture,” adds Alex Dillon. With such comprehensive offerings in place, TechAID intends to expand not just within the U.S. and Canada but across Europe too.

By TechAID Admin
Next ›

How to Grow Your Team without Losing Control

Top Tech Conferences for 2023 This is the most important list of virtual and In-person Tech and Software conferences in the US. for 2023. CES January 5-8, Las Vegas CES® is the most influential tech event in the world — the proving ground for breakthrough…

QA And Software Testing Website Planet‘s Marko Velimirovic had the opportunity to speak with Alex Dillon, our Founder and CEO. We discussed TechAID’s beginnings, talked about the typical customers, and discovered what is in the pipeline for the near future. Please present TechAID to the…

We won't bombard you with so many emails!